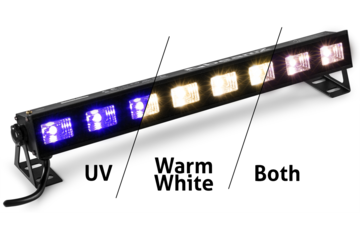 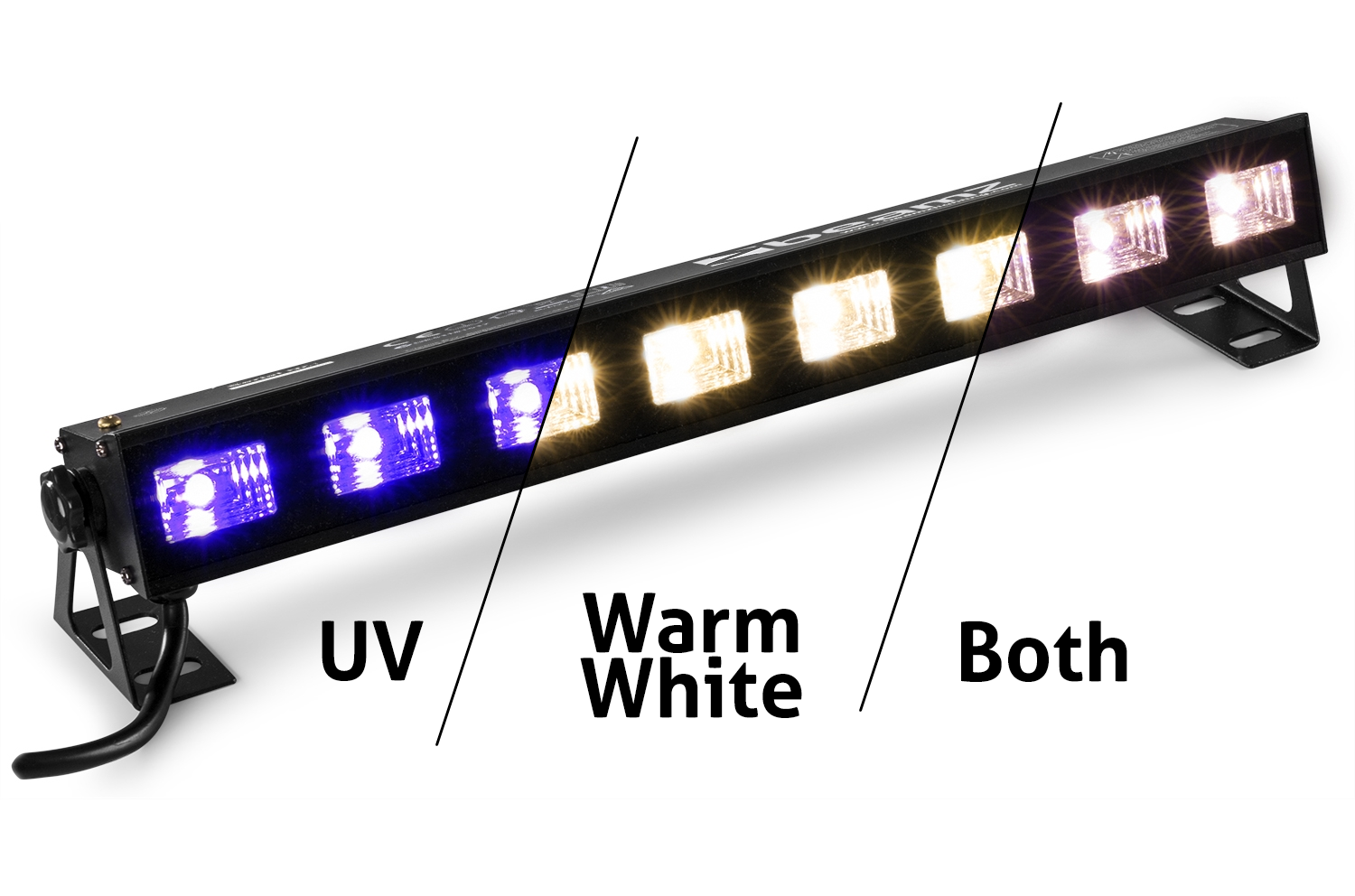 Beamz led and Beams laser have fast become well-established names amongst the DJ industry, with Beamz providing some of the most innovative and exciting disco lighting technology and stage & party effects machines on the market. With an aim to bring exciting new effects and affordable led & laser to...

UV and the warm white LEDs

The BUV83 is a powerful fixture with UV and warm white LEDs capable of covering wide area spaces. With its low profile design it lends itself to be installed almost in anyway imaginable. Because the unit is powered by LEDs it in turn becomes a very lightweight unit that can be easily transported from gig to gig for those who are mobile DJs. The BUV83 is powered by 8x 3W UV/White LEDs rated with a total power consumption of only 30W. The BUV83 is for washing stages, nightclubs, Bowling Center, Roller Rinks and Fun Centers with ultraviolet or white light.